Use the alphabetical list below to find words beginning with each letter.

Absolute advantage – when a country can produce a product more efficiently than another country using the same amount of resources. Thought, before the theory of comparative advantage (q.v.), to be the basis for trade.

Absolute gain – an increase in volume or value of the total number of units produced or consumed. Often used in contrast to relative gain (q.v.).

Arbitrage – the simultaneous purchase of financial instruments in one market and resale in another market for a higher price.

Balance of payments – the summary of a country’s international transactions with the rest of the world over a specified period.

Bitcoin - a digital currency that is free from governmental control. Bitcoin transactions are conducted via peer-to-peer computer networks.

Blockchain – a digital information database (blocks) that can be stored and accessed within a publicly accessible network (chain).

Bretton Woods – the conference at which the International Monetary Fund and World Bank were created was held at Bretton Woods, New Hampshire (USA) in 1944. These two organizations are frequently referred to as the Bretton Woods institutions. The Bretton Woods system is the term given to the liberal economic order established after the Second World War.

Capital market – the market for medium and long-term financial instruments. The capital market is different from the money market, which is for short-term investments.

Central bank – the official bank of a country which performs a number of key functions, including issuing currency, controlling the money supply and regulating the country’s banking and financial institutions.

Colonialism – the practice and policy of the domination and economic exploitation of the peoples of one society by people (settlers) from another society.

Common market – a common market exists when the members of a customs union (q.v.) also agree common policies on the freedom of movement of capital and labour.

Comparative advantage – theory of international trade which states that countries will gain from trade if they transfer resources between industries to specialize in the sectors in which they are the most efficient. They need not hold an absolute advantage (q.v.) to gain from trade.

Conditionality – the conditions attached to IMF and World Bank loans requiring the borrowing country to implement budgetary and policy changes as a condition of receiving the loan.

Currency appreciation – an increase in the value of a currency relative to other currencies.

Currency depreciation – a decrease in the value of a currency relative to other currencies.

Customs union – a customs union exists when a group of countries remove barriers to goods among themselves and also adopt a common external tariff regime.

Devaluation – a reduction in the official rate at which one currency is traded for another; that is, a reduction in the value of a national currency in relation to other national currencies. A devaluation promotes exports by making the country’s goods cheaper for foreigners and restricts imports by making foreign goods more expensive for domestic consumers.

Division of labour – the process of assigning different tasks to different people (in a society).

Dollarization – the replacement of a national currency with the US currency (or that of another nation).

Economies of scale – the reduction in the average cost of each unit resulting from efficiency gains achieved by an increased production output.

Euro – the name given to the single currency used by the countries of the European Monetary Union (EMU).

Euro-currencies – national currencies held in a banking system outside the home country; that is, the country of origin of the currency. Originally, these were dollars held outside the United States in Europe.

Eurodollars – US dollars deposited in banks outside the United States.

Exchange control – government regulation of the purchase and sale of foreign currencies.

Exchange rate – the rate (price) at which national currencies can be bought and sold.

Export-oriented industrialization (EOI) – a strategy to achieve economic growth through the promotion of primarily manufactured exports.

Export processing zone (EPZ) – an industrial zone producing goods for export that has been designated free of all duties and taxes by the government.

Export quotas – non-tariff barriers to trade consisting of a limit on the export of a good, for example, voluntary export restraints (VERs) (q.v.).

Export subsidies – payments made by the government to encourage the export of specific products.

Fixed exchange rate – a system under which currencies are fixed (or pegged) at a set price (official rate) relative to each other. Under such a regime government intervention is necessary to ensure that market rates are close to the official rates.

Food security – access by individuals, households or societies to food that meets their dietary needs and preferences.

Fordism – the term applied to the socio-economic system of mass production and mass consumption.

Foreign direct investment (FDI) – investment which brings control over physical assets by a firm (usually a TNC) into a foreign country.

Foreign exchange – the purchase and sale of national currencies.

Forward exchange rate – the exchange rate applicable in a forward trade that has been agreed on. The ‘forward’ rate is for a period of 30, 60, 90 or 180 days in the future.

Free trade area – a free trade area exists when a group of countries agree to reduce barriers (tariffs, NTBs, quotas) to trade with each other but maintain separate, independent tariff regimes for the external world; for example, the North American Free Trade Agreement (NAFTA) (q.v.).

General Agreement on Tariffs and Trade (GATT) – the main institutional focus of the international trade regime in the period 1947-94.

Gender – the socially constructed roles, behaviours, attitudes and values which communities and societies considers appropriate for men and women.

Gold standard – a monetary system in which the value of a currency is defined in terms of gold.

Gross Domestic Product (GDP) – the total value of goods and services produced within a country in a specified time period, usually one year.

Group of 77 (G-77) – a coalition of developing countries currently comprising over 130 members.

Hedging – a strategy designed to protect against loss through the purchase of one investment to reduce the risk of holding another security.

Import quota – restriction on the import of (a) good(s) into a country specified either in terms of the monetary value or the physical amount of the imported item(s).

Import substitution industrialization (ISI) – a strategy to achieve economic growth through the promotion of domestic industry and the restriction of imports.

Keynesianism – refers to the economic thought of John Maynard Keynes. Keynes argued that full employment and stable macro-economic policies required government intervention in the economy. Government intervention could be in the form of increased government expenditure, or through tax reductions (fiscal policies) or in the form of lowering the interest rate and increasing money supply (monetary policy).

Liquidity – the ease and speed with which a financial asset can be turned into cash.

Macro-economics – studies the behaviour of the economy as a whole. It focuses on phenomena such as inflation, national output and employment.

Monopoly – occurs when one firm or country is the sole supplier of a product. This confers power upon the monopoly holder and may lead to abuse of power.

Most favoured nation (MFN) – the principle in GATT/WTO (q.v.) agreements that stipulates that countries extend to every other country the same degree of preferential treatment.

New International Economic Order (NIEO) – the name given to the coordinated demands made by developing countries (in the 1970s) for reform of the international economic order.

Nominal rate of protection – the protection afforded an industry directly by a tariff and/or a non-tariff barrier on its output; that is, the percentage tariff imposed on a good as it enters a country.

Non-tariff barrier – any non-tariff policy that interferes with exports or imports, for example, quotas and VERs (q.v.).

OECD – the Organization for Economic Cooperation and Development is a 36-member intergovernmental organization promoting global standards and policies to foster economic growth.

Portfolio investment – investment by firms in foreign assets which does not bring management and control over the investment.

Post-colonialism – an approach to literature, and social analysis focusing on the impact of colonialism and imperialism on peoples subject to colonial rule.

Quantitative restrictions (QRs) – restrictions on trade, usually imports, limiting the quantity of the good or service that is traded, for example, quotas and VERs (q.v.).

Race – the socially constructed roles, behaviours, attitudes and values that a given society considers appropriate for people on the basis of biological, anthropological or genetic criteria.

Rent-seeking – the expenditure of resources to influence public policy in order to bring about economic returns in excess of those that a competitive marketplace would allow. Rent-seeking typically consists of lobbying government for tax, spending or regulatory polices that will provide a comparative advantage to a particular individual, firm or industry.

Security – a financial asset such as bonds or shares.

Special drawing rights (SDRs)– a reserve asset created by the IMF for use among central banks. The value of an SDR is determined by the average of a weighted basket of currencies (the US dollar, the Japanese yen, the British pound and the euro).

Structural adjustment loans – finance provided by the IMF and World Bank to developing countries on the condition that the recipient government implement a series of market reforms designed to lessen government intervention in the economy.

Tariff – a tax on goods passing through a customs border. Tariffs are usually applied to the importation of particular goods but may also be applied to exports. Tariffs are used as a protectionist device to restrict imports and as a revenue-raising device.

Transnational corporation (TNC) – a firm that owns or controls production facilities in two or more countries.

Triffin dilemma – The United States could not indefinitely expand the world’s dollar holdings and maintain convertibility of the dollar with gold at a fixed price. Since the US gold stock is finite, at some stage foreign holdings of dollars (US liabilities) will be greater than the gold held by the US Treasury.

Voluntary export restraints (VERs) – a self-imposed restriction on a country’s exports, usually in response to threats of import restrictions by (a) trading partner(s).

World Bank Group – consists of five organizations. The central organization, the International Bank for Reconstruction and Development (IBRD), was created at the Bretton Woods (q.v.) conference. 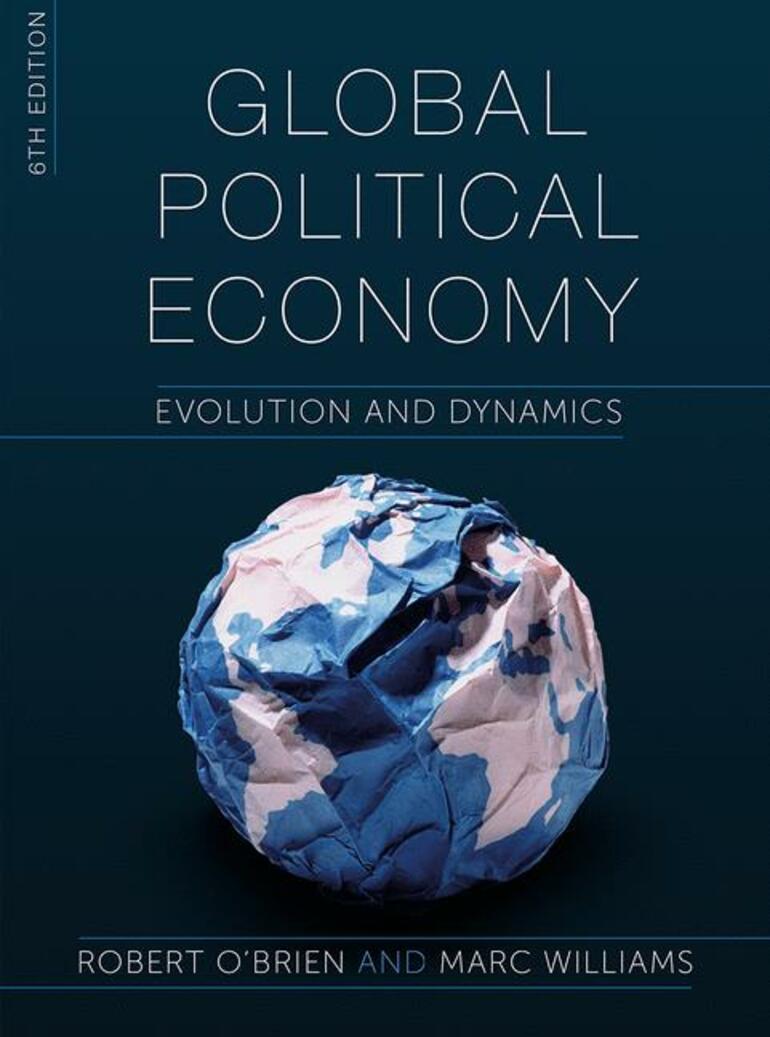