The images on this page can be downloaded here:

5.1 Category and function or role

In Chapter 5 we began by attempting to describe clauses as strings of phrases and other items (e.g. in some cases words).

This was shown to be problematic and unenlightening — for instance, an immense list of different possibilities would need to be listed, and there is no obvious way of showing how they are related to one another in terms of meaning.

One alternative was to take into account not just the types of phrases and their ordering, but the function or role of the phrase in the clause it belongs to. This allows us to capture the semantic commonalities among many of the listed possibilities.

There is nothing mysterious about recognising both the formal classes (categories) and their functions (meanings). We do this regularly in everyday life. A car (a formal category of vehicle, that might be further divided into types such as sedan, convertible, and so on) can serve a range of functions (e.g. personal vehicle, taxi, police vehicle), just as an NP is not restricted to say the grammatical function of Actor. The following figure illustrates the distinction between categories and functions. 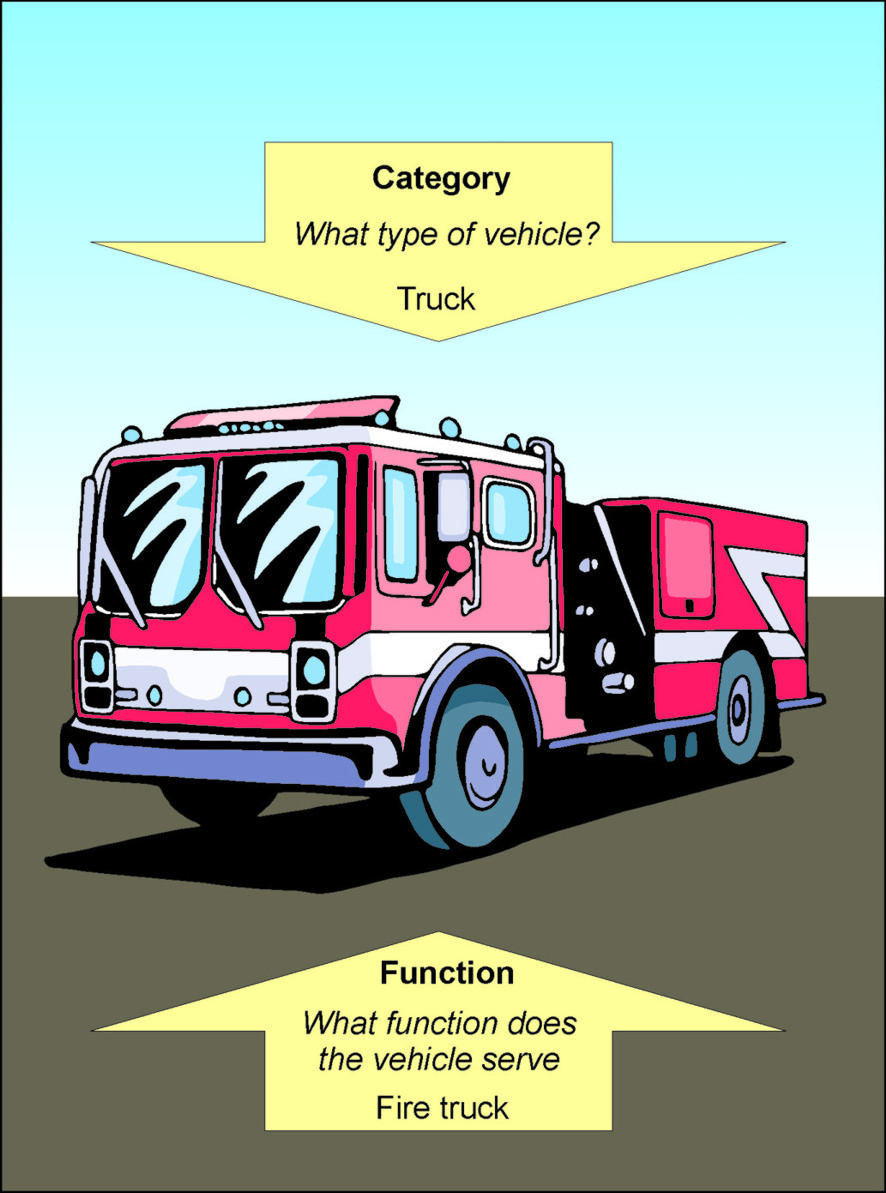 In the above figure, the truck is specifically marked for its function as a fire truck, by its colour and specialized technical equipment. The same thing can happen in languages, where for instance, an NP might be marked by a preposition, postposition, or case inflection to indicate its grammatical role in the clause.